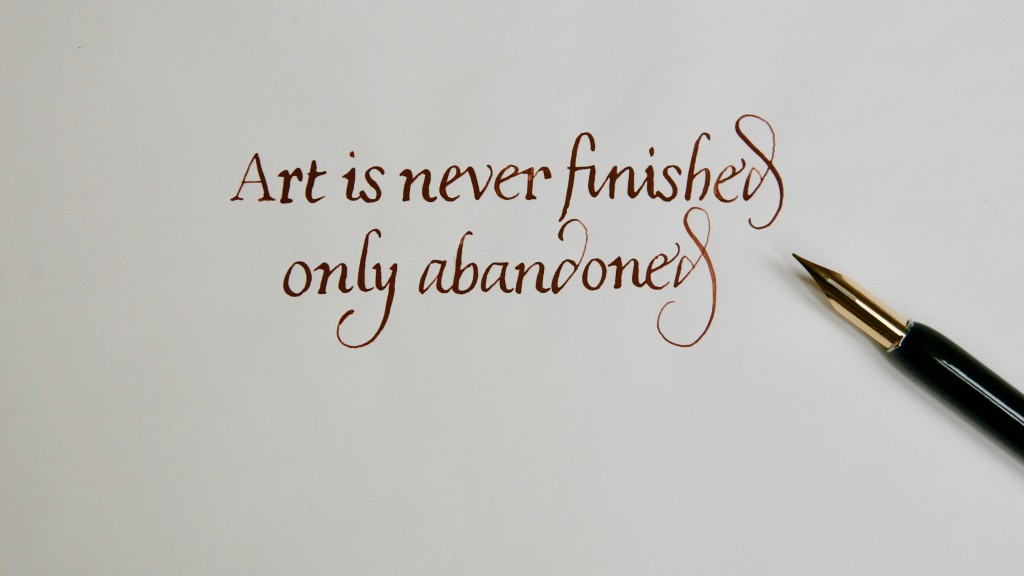 Archetype of humanist genius, Leonardo da Vinci is best known for his painting. As an engineer, philosopher and poet, he also left us a wealth of writings that witness to a particular and fascinating relationship to writing.

The Renaissance, a pivotal period in the intellectual, technological and artistic history of the West, draws on the Arts and Letters of Antiquity to find new models of thought and existence. The humanist movement advocates education and culture in order to make Human, a free being provided with critical thought. It is also the time of the invention of the printing press in the West, which will allow a greater accessibility to the knowledge.

Regarding writing, it is the era of the humanistic style. Renaissance scholars reject the Gothic writing style of the late Middle Ages, which is considered as "barbaric". In an attempt to return to the "pure" forms of ancient Greco-Roman culture, they base their new writing model on manuscripts of ancient texts. Their sober and readable form corresponds to the canons and ideals sought by the humanists.

In his many notebooks (about 13,000 pages), Leonardo da Vinci wrote and drew all kinds of observations, reflections on painting, technical inventions, scientific studies on natural phenomena.

His writing is a tiny humanistic in its cursive version, so more leaning and more linked, adapted to a quick registration. But above all, it has the characteristic of being inscribed inversely, i.e. from right to left, as seen in a mirror. Two hypotheses are proposed to explain this unusual fact. The first would like it to be a Leonardo da Vinci strategy to make his writings difficult to decrypt. This hypothesis is considered unsatisfactory by specialists. The second hypothesis is more pragmatic. Leonardo da Vinci sought to overcome constraints by constantly experimenting with new solutions. We know that Leonardo da Vinci was writing with his left hand. Mirror writing could thus have been a simple practical choice: the inversion of the direction of the letters and the direction of writing from right to left require less effort in the left hand and avoid the friction of the wrist on the ink still wet.

Leonardo da Vinci's notebooks are composed of sheets of paper, made at that time from rags of hemp or linen.

Make your purchases securely. Payment is made via a bank.

Place your order today and receive it within 1 to 2 working days.

Place your order today and receive it within 3 to 5 working days.

Return costs are borne by us for all online orders.

Make your purchases securely. Payment is made via a bank.

Place your order today and receive it within 1 to 2 working days.

Place your order today and receive it within 3 to 5 working days.

Return costs are borne by us for all online orders.

Don’t miss the latest news – sign up to receive our newsletter.

Don’t miss the latest news – sign up to receive our newsletter.